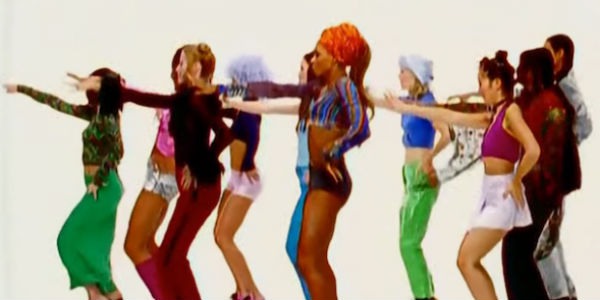 1996 was a year of pretty big hit songs for wedding receptions, but I would have to say that the number one most requested song in our 1996 Most requested songs blog is “Macarena” by Los Del Rio. This song is known worldwide for its dance moves which bring people on to the dance floor and have them copy the same movements that are shown in the songs music video clip.

There is one song on this list that may seem like an odd choice to be here, but I do get a lot of requests for the “Mission Impossible Theme” song for use in a wedding tradition called the throwing of the garter. All the single guys are called by the MC to join the dance floor. The groom removes the garter from the bride using either teeth or hands and then said garter is thrown out for the guys to catch. The one who catches it first is supposed to be the next male to get married, so the tradition says.

“I’ll Be There For You” by The Rembrandts was used in the very popular TV series FRIENDS. It gets requested as background music at a wedding reception. The Friends theme song is well known and sometimes will get people singing before the dancing has even started. The song was recorded just one week before the TV series was aired due to the fact the writers thought that the show needed a catchy theme song and never expected it to be a hit on the radio stations.

Return of the Mack – Mark Morrison

I’ll Be There For You – The Rembrandts

To the Moon and Back – Savage Garden

Need a DJ for your wedding? Contact us here for enquiries.

Need a Mirror Photo Booth for your event? Check out www.mirrorphotoboothmelbourne.com.au